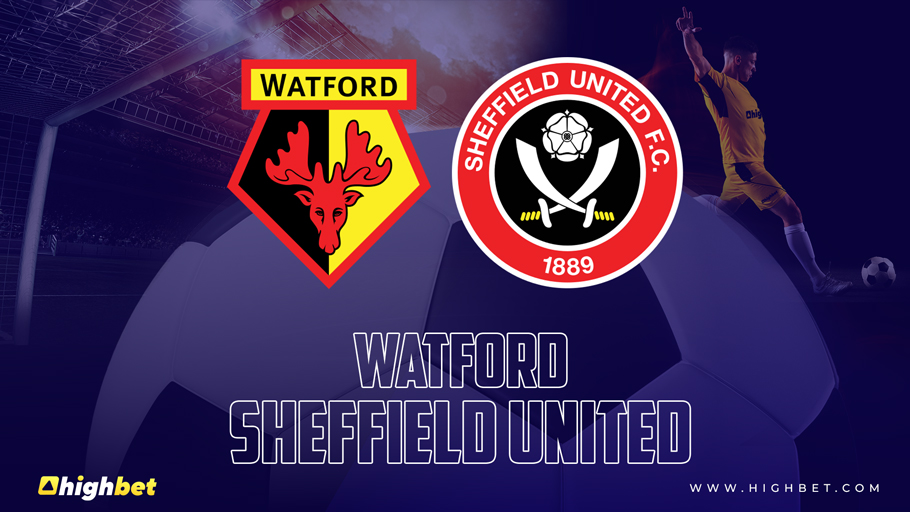 Tonight you have a chance to watch the interesting football match-up between Watford and Sheffield Utd. The last time these teams played against each other was in 2019 in the Premier League competition. In the first duel that year they played a goalless match in Watford. And in the second match played in Sheffield, once again the result was a tie, this time with the final score of 1:1. So tonight it’s going to be intriguing to see the outcome of their first duel for the season.

Watford FC ended up the previous season as the 19th-standing team in the Premier League. This result relegated the Hornets to the EFL Championship. The squad from Watford played 5 friendly games this summer. They lost to Cambridge Utd (1:3) and Bolton (0:2), played goalless games against Panathinaikos (0:0) and Southampton (0:0) and won against Wycombe (4:1). But, now the Hornets must bring their best of capabilities against Sheffield Utd in order to start the season by victory in front of their fans.

Sheffield United FC won the 5th spot in the Championship last year with a total of 75 points. They played 6 friendly warm-ups this summer. Namely, the Blades lost to Scunthorpe (3:2), Mansfield (3:0), and Barnsley (2:1), and won against Casa Pia (1:2), Lincoln (0:6), and Burton (0:3). However, tonight they must step into Watford with a right tactical approach in order to outscore the hosting team and start the season in a victorious manner.

We are expecting a tough football match with great focus on the pitch from both teams. The favorite for the win will be Watford FC because of the home arena's upper hand.

So tune in tonight and watch this attractive Championship match and find out who’s going to present better shape on the field at Vicarage Road and win the game.