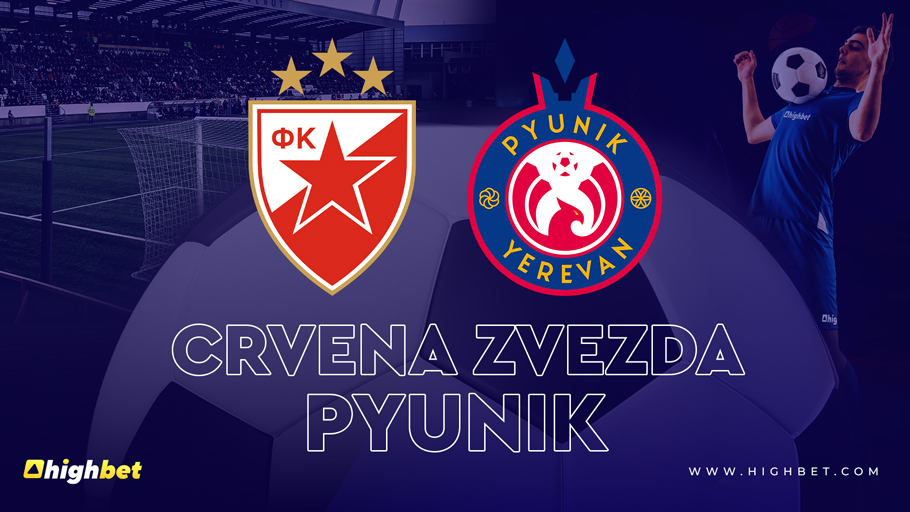 Tonight you have a chance to watch the interesting UEFA Champions League qualification match-up between Crvena Zvezda and Pyunik. This will be a 1st leg duel where the squad from Serbia will try to use the home arena to make the job done before traveling to Armenia. These teams never played against each other, so tonight it’s going to be very interesting to see who’s going to present better football capacity.

FK Crvena Zvezda is in very good form at the moment. Namely, they won all 4 games in the Serbian Super Liga. Zvezda opened the season by beating Radnicki Nis by 4:0. In the second round, they beat Kolubara by 5:0. Then, Crvena Zvezda played against Mladost and won the game by 1:2. In their last match, the squad from Belgrade faced Radnik and won the game with a final score of 6:0. So tonight they will definitely set an offensive formation and go for the victory in front of their loyal fans.

FC Pyunik Yerevan started the qualifications against CFR Cluj. The first duel ended up with a final score of 0:0. In the 2nd leg Pyunik did better and won the game against Cluj with a final score of 2:3. In the quarter-final stage the Romanian team faced Dudelange and lost the first match by 0:1. But in the rematch, Pyunik proved their capacity to play great in away matches, and won the game against Dudelange by 1:4. So tonight they will step into Belgrade with great focus and determination to show another great performance and win the match.

We are expecting a dramatic football match with big drama till the final whistle. The favorite for the victory will be Crvena Zvezda because of the home arena advantage.

So tune in tonight and watch this semi-final match and find out who’s going to step closer to the UEFA Champions League tournament.